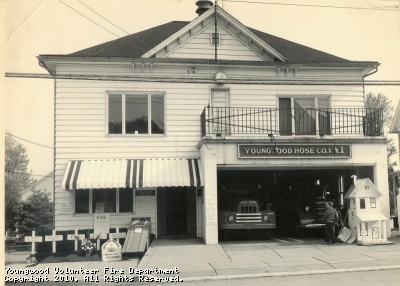 The idea of the hose company was conceived in the spring of 1903. On May 28,1903, records show , the first meeting was called and held in the Robert Ellis Building located on South First Street. A Volunteer Fire Company was organized with C.G Frey appointed Chairman; W.J. Rummell, Secretary; and G.M. Pahel, Fire Chief. Maurice Shrader and William Joseph met with the Borough Council to find a place to meet and to arrange purchase of some fire fighting equipment. The newly organized Volunteer Fire Company held it's meeting in the carriage house which served as the truck room.

On September 13,1904 the Fire Department met with Borough Council and arranged to purchase a new hose wagon from J.S. Knisely, Bellefone Pennsylvania. In addition to the hose wagon , Council purchased 400 feet of new hose, a second hand hose cart and a ladder truck drawn by Ohand.

In 1908, a committee was appointed to solicit funds for a Bell or Gong.

The town's first major structure fire occurred on Feb. 23,1914 when Fiscus and Riblett Store at the corner of Third and Depot was destroyed. It was never rebuilt.

1938 - A fire siren was placed atop the Borough Building on Fourth Street.

1950 - A major development occurred thru the generosity of J.B. Peterson, A Packard Ambulance was acquired to the service the Youngwood Area.

As the years went on , six Ambulance replacements followed, and as of 1974, Youngwood owned two Cadillac ambulances, Fully equipped. In the late 80's a decision was made to disband the ambulance service, and to enlist the help of Mutual Aid Ambulance service to better serve the community with full service.

On March 26, 1953, The First Life Member Banquet was held at Sleepy Hollow Tavern near Ligonier, Pennsylvania Thirty-Three members were honored that night.

In 1969, The Hose Company took giant steps....A tract of land at the south east corner of Second and Chestnut Street was purchased...and the " Long Shanty", an old land mark was sent up in flames while the firemen carried out practice drills.

A community center was planned around the building that would House the present and modern equipment envisioned for the immediate future. An  Air Conditioned building, with meeting rooms and kitchen facilities was planned and built at a cost of $200,000.00. The Youngwood Community and Borough Council cooperated with the Fire Company's ambitious plans and a New Fire hall and social center was developed for the citizens of Youngwood.

To make a donation to 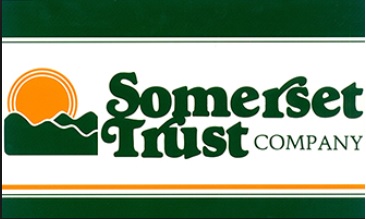 Copyright © 2006-2021. YourFirstDue Inc. All Rights Reserved. Designated trademarks and brands are the property of their respective owners. Content on this web site is supplied by Youngwood Volunteer Fire Department. YourFirstDue Inc. cannot be held responsible or liable for any content, text, pictures, or any other media found on this web site. Maintained by the members and staff of Youngwood Volunteer Fire Department.
Management Login
Powered by