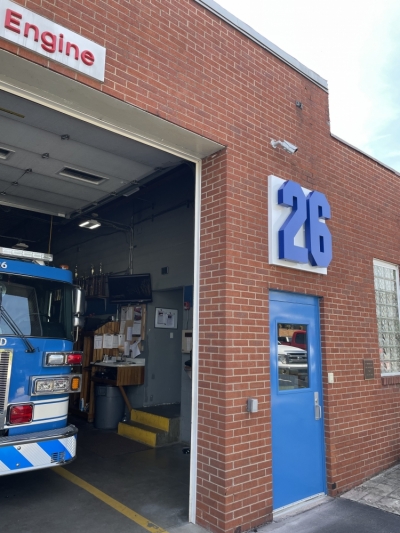 There are just not enough words to express the feelings that have swirled through the Youngwood Volunteer Fire Department over the past few weeks.

Our hearts are heavy at the loss of our brother, E. Jeffrey "Lance" Wentzel in the line of the duty on March 22, 2014. At the same time, we cannot help but be buoyed by the unbelievable outpouring of support for our department and for Lance's family. Prayers and expressions of sympathy have poured into the station from across the street, across the town, across the county, across the state and across the country.

We have been touched by a letter hand-addressed in the script of a girl from Wisconsin. She said she is sorry about Lance and wants to be a firefighter some day. A card arrived from a Mt. Pleasant fireman's widow. She extended her sympathy and recounted her late husband's years in the fire service and the brotherhood she came to know. These are but a few examples of the hundreds of cards and letters, from as far away as Alaska, that reached us and touched our hearts.

The swift arrival of representatives from the Office of the State Fire Commissioner and the Westmoreland County Emergency Management was a godsend. They took care of details that would have surely escaped us. They did things we never knew needed to be done. Our surrounding fire companies became fixtures in our station - covering our calls, extending a hand and offering a shoulder - true brothers, every one of them. We could not have handled this without their invaluable assistance.

At the station, townspeople arrived with cookies and snacks in hand in the days following the accident. We had enough food donated by area businesses to keep everyone fed, even though no one really felt like eating.

The incredible attendance of fire and police departments, assorted honor guards and bagpipers at Lance's memorial service is testament to the firefighter and the man that he was. We were touched at the sight of the citizenry along the procession route - from a little boy dressed in a fireman suit to men and women clutching flowers and American flags to uniformed firemen standing at attention. Most of them not knowing Lance, but knowing it's the right thing to do - to show respect and to honor a hero. Signage at businesses from Youngwood to Greensburg was changed to read "RIP Lance," "Prayers Lifted for Lance, Family and Ywd. VFD," "Fireman Jeff Wentzel. You Are In Our Prayers."

As the community was reaching out to support us, we are trying to do the same for the members of the Wentzel family - their loss is far greater than ours.

Lance and his many contributions will never be forgotten by this community and by this fire department.  Plans are in the works for a permanent memorial at the fire station on Second Street. The numerous donations that have come in remembrance of Lance will be used to bring that project to fruition.

We can never repay the kindnesses shown, but we will never forget. For that, the officers and members of the Youngwood Volunteer Fire Department will be forever grateful.

To make a donation to 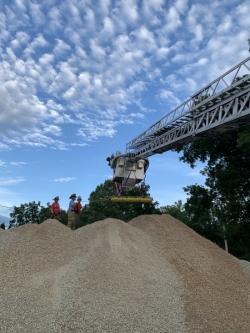 This site has been viewed 987,948 times.
Calls
News
Events
Pictures
Apparatus
Maintained by the members and staff of Youngwood Volunteer Fire Department. Designated trademarks and brands are the property of their respective owners. Copyright © 2006-2022. YourFirstDue Inc. All Rights Reserved. Content on this web site is supplied by Youngwood Volunteer Fire Department. YourFirstDue Inc. cannot be held responsible or liable for any content, text, pictures, or any other media found on this web site.
Management login
Powered by